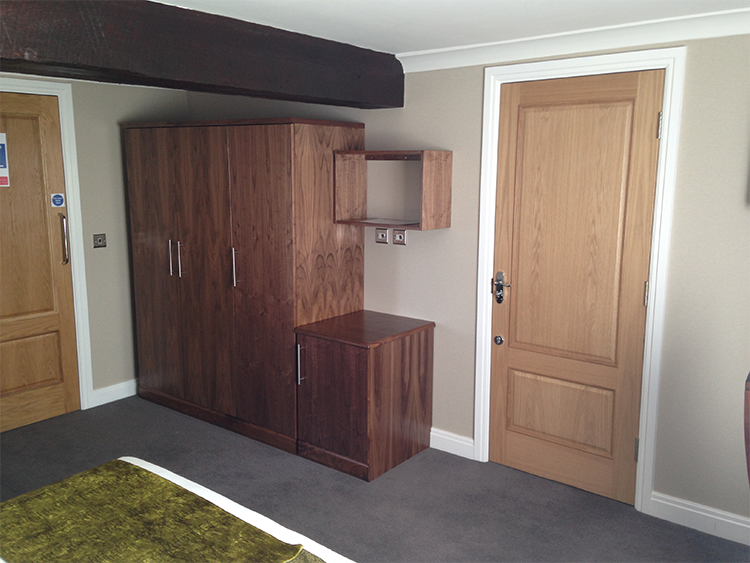 Upon completion of the Conference Suite and the new Lift Installation, the Client was keen to keep the same team together to carry out the removal of the old lift shaft and associated works at the west end of the Hotel.

Initially, internal alterations were carried out in other parts of the Hotel, in order to relocate Management, Administrative Staff and the Chef’s Changing facilities from the rooms surrounding the old lift shaft.

The old lift was de-commissioned and removed.  After the controlled removal of Asbestos containing materials at the top of the shaft, the masonry structure was dismantled floor by floor, via an internal birdcage scaffold with refuse chute.  The resultant floor openings were infilled as the scaffold was dismantled in stages.

New ensuite bedrooms were created at the three upper levels, and adjoining doorways formed into the adjacent rooms, which were also refurbished.

At ground floor level a new Beer Cellar was formed, and at first floor level a new Laundry facility.  Laundry trolley stores were formed on the three upper floors and incorporated a Laundry Chute dropping down into the new Laundry.  A Trolley Lift was installed from Ground to First floor to service the Laundry from the adjacent service road. 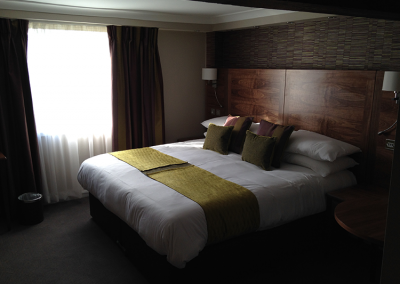 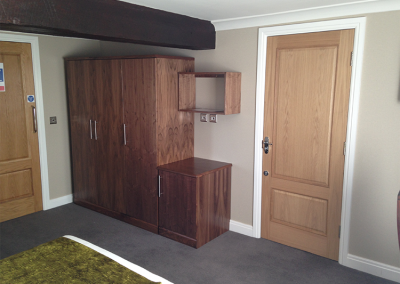 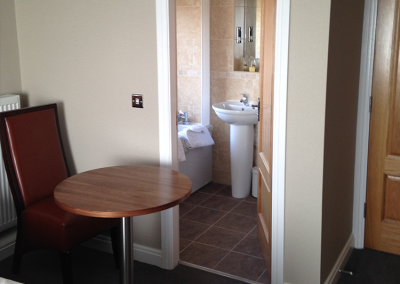